Al-Aqsa University has become one of the most leading universities in Palestine , committing itself to world-leading university by the ten coming years. The University has expressed real achievements during the last two years in the field of internationalization, especially in Erasmus+ projects in order to reach world high ranking according to its internationalization strategy. The university has recently won 6 ICM projects with EU universities. In this respect, according to the university strategy of nominating  and selecting the outgoing students, the International Relations Affairs in cooperation with the Department of English held IELTS test for the students who applied for Erasmus ICM (students mobility) with University of Almeria in Spain.

The University is also taking steps to extend its network of cooperation with regional and international universities. 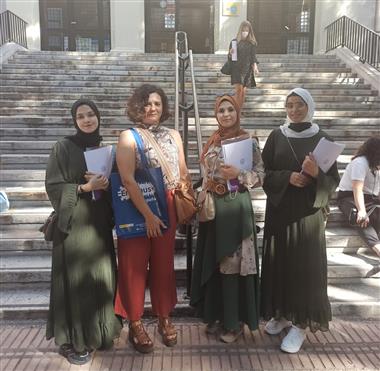